DO NOT attempt to eradicate a wasp nest yourself, this is very dangerous and life threatening. Call us for a rapid response to remove them.

Wasps are classified under the order Hymenoptera, which means membraneous wings. All the stinging insects belong to this group, and they are a highly evolved group of insects. Some Wasps live in Wasps nests in the UK. They all have complex social structures and ways of doing things. However, they all share a common aim to survive as a species.

Large, conspicuous buzzing insects with yellow and black striped, wasp-waisted bodies, which are 10-15mm long. They have a sweet tooth at one end and a painful sting at the other. 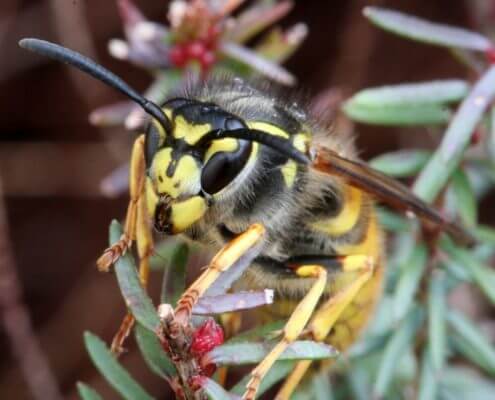 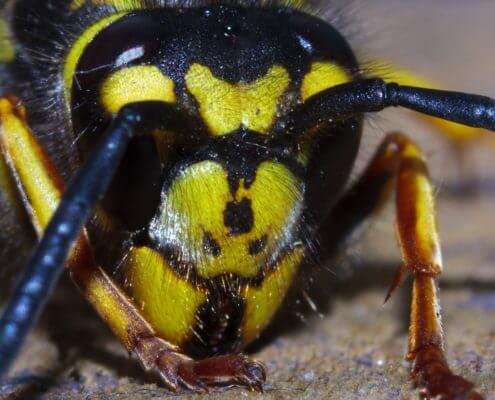 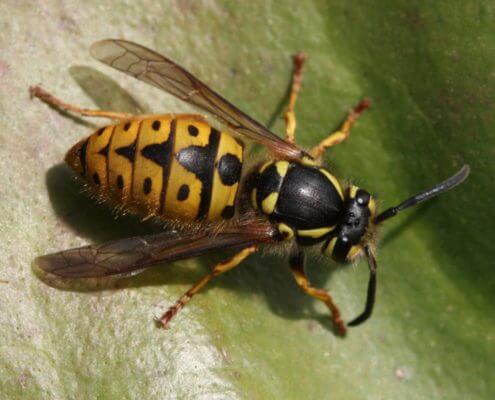 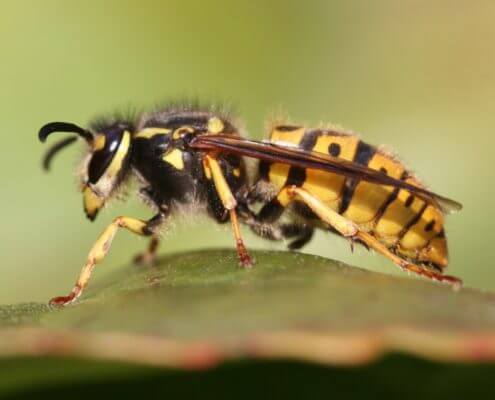 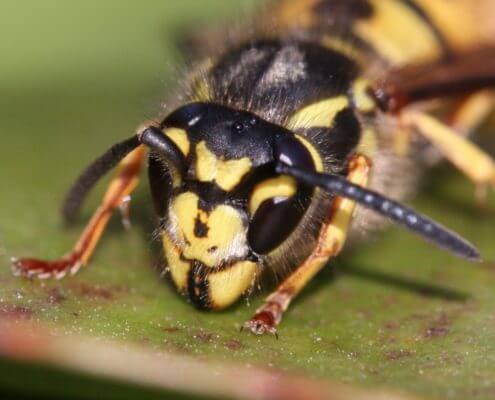 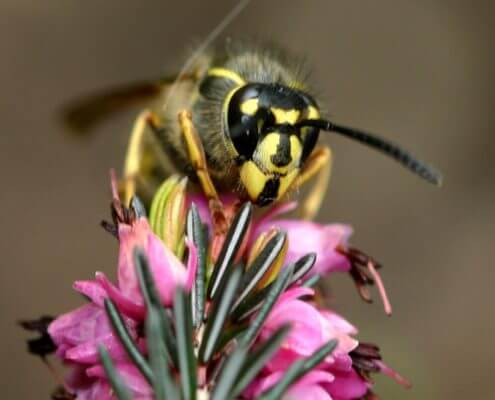 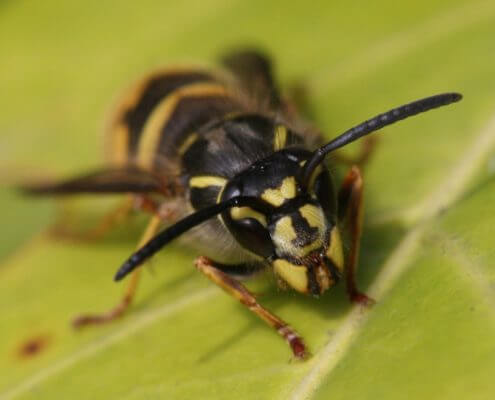 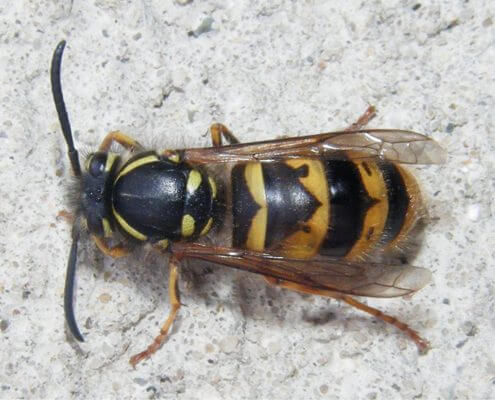 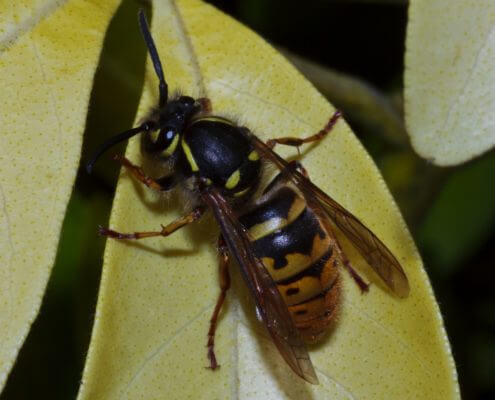 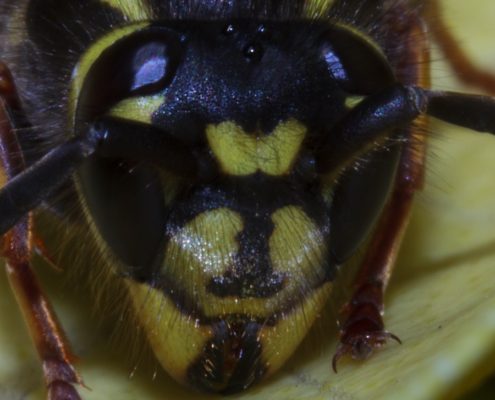 The queen wasp is larger than normal wasps (about 20mm), and she hibernates over winter, making a nest in the spring in which to lay her eggs. She feeds the grubs on insects until they develop into worker wasps, three to four weeks later. Workers, all sterile females, forage for over a mile in search of food. At the end of the year when the colder air arrives, and any fruit that has been edible starts to perish quickly, wasps start to starve as food becomes increasingly hard to find. The adult worker wasps start to die off, and the new queen wasps go into hibernation and emerge in the spring to initiate the process again, building completely brand new nests. One nest may produce 30,000 wasps in a year.

Natural pest controllers wasps tend to eat other insects. However at their peak in August and September with the youngsters reared, the workers turn to the sweet food they prefer and become a nuisance wherever this is available. 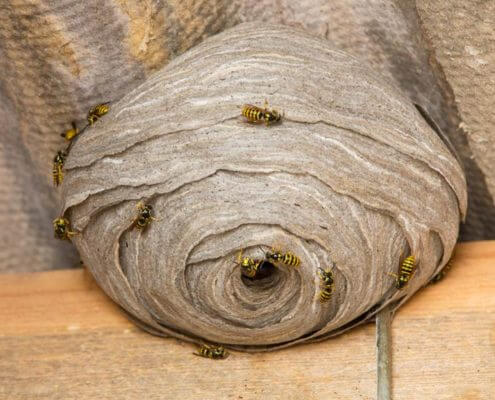 One of the most feared and aggressive pests, wasps will attack and sting, sometimes unprovoked but usually if threatened. This is a risk and a cause for concern, if you have small children or pets as for some wasp stings, can be very dangerous causing severe reactions, with several people dying from wasp stings every year.

Having problems with Wasps?

All photos copyright their respected owners, photos provided for educational & identification purposed only.